A lot of people have lost their entire fortune at the casino table, bet more than they can afford to, and win life-changing sums only to lose them minutes later. Naturally, these extraordinary conditions gave birth to some of the most amazing stories. People who have just experienced a life-changing event, usually have a snarky, emboldened or even cathartic remark. Some of these are quite educational. With all of this in mind and without further ado, here are some of the greatest casino stories ever told.

The reason why Terrance Watanabe is one of the most sought-after players by casinos worldwide might have something to do with the ease at which he was losing money. There’s an estimate that, so far, he’s lost about $220 million of his fortune in just five years. The thing with his playing lies in the fact that no one can tell for sure if he’s just outright bad or if he has so little regard for money that he’s too reckless with his bets.

At his peak, he knew not to lose as much as $5 million in a single day. That aside, he’s not the most pleasant of gamblers. He’s known to play drunk most of the time and, on many occasions, had to be barred from casinos, both for his behavior and his inability to pay debts. For those casinos who evaded the worst of his behavior and managed to squeeze what they were owed, Watanabe is the most welcome of guests.

The house always wins, right? Well, not when it plays against Don Johnson, they don’t. You see, the reason why casinos always get the better of players is that they have all the leverage. Well, when negotiating with whales, they’re often so desperate that they’ll agree to terms that are not so one-sided. In the case of Don Johnson, the deal was not in their favor at all, although it took them a while to figure this one out.

Don Johnson negotiated a great loss discount, which allowed him to win $15 million while playing with the casino’s money. Overnight, he became a hero of a common gambling man, seeing as how he was the one who used the casino’s rules against them and beat them at their own game. The best part is that this was done completely legally. He used the tricks of the trade used against the player and turned this franchise around.

This Australian media tycoon might just be the single biggest whale that ever lived. It’s not just about the amount of money that he spends, it’s about how he was spending it. He had a habit of betting $250,000 per hand, and there are even rumors that he tipped $1 million to the staff of MGM. Allegedly, one night he simultaneously played £15m on four separate roulette tables in London and lost every single penny.

One of the most remarkable stories about Kerry Packer was the one of him playing against a well-known Texas oil tycoon. During an argument, to establish himself as a known quantity, the Texan exclaimed that he was worth 60 million. Packer looked at him completely unimpressed, took a coin out of his pocket, and asked “heads or tails”. This certainly deserves its place as one of the greatest funny gambling quotes ever uttered.

Everyone who has ever stepped into a casino had a dream of hitting the jackpot and turning that $50 in their pocket into a sum that would solve all their financial problems. Well, this dream came true for Archie Karas. The man started a run with just $50 in his pocket and couldn’t lose for three years straight. According to some estimates he managed to turn $50 into $40 million. Sometimes, he would just win $100,000 per hand and the best part of it all is the fact that it happened over a myriad of casino games.

However, just like any other Highroller, his luck had to turn eventually. In 2013 he was caught cheating which got him blacklisted by all Nevada casinos for life. Now, this has put a smear on all his accomplishments, even invoking speculations that it wasn’t pure luck the first time around either. Nonetheless, this is unlikely to be true. It’s preposterous to even assume that during his greatest streak (1992 to 1994) he wasn’t under the looking glass of every place he visited. In other words, if he did anything dubious at the time, there’s no way that he wouldn’t have been caught.

This list would simply be incomplete without at least one crowned head. With the Sultan of Brunei, currently worth more than $20 billion, one wouldn’t have to look too hard to find a wild enough story. The problem, however, lies in the fact that the majority of his stories are kept secret. All that we know is that he frequents Vegas, Macao, and London, dropping at least $1 million per night. How often these gambling instances happen, nonetheless, is still shrouded in a veil of mystery.

The most interesting part is that it’s not just him. His former wife, his brother, and even the rest of his family are notorious gamblers, as well. Old money simply does things differently, especially when we talk about royalty. It’s not about the money, it’s about pure contempt for the habit of spending these funds.

In the end, the majority of the best casino stories likely remain a mystery. The best way to reveal some of them would be to go to a casino and listen to the tales from people who were present, or at least hear them from those who were present. It’s even better to take some time to make stories of your own. While all the above-listed stories talk about whales, it’s not just about the amount of money, it’s also about the spirit and energy that you bring into it that counts. 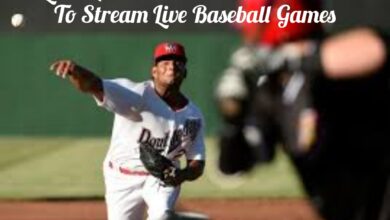 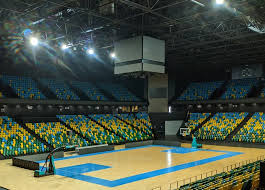 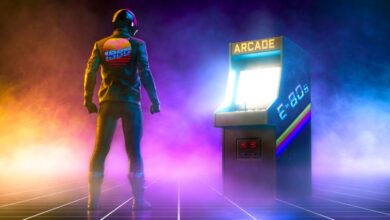