A leading global sports executive, Robert Kraft is the Chief Executive Officer of the Kraft Group conglomerate and owner of Major League Soccer’s New England Revolution. He is best known, however, as the high-profile NFL owner of the New England Patriots.

A passionate fan of American football for his entire life, Robert Kraft held season tickets to see the New England Patriots play for nearly a quarter of a century before he ultimately bought the team in January of 1994. At the time, he made an extraordinary pledge in light of the checkered performance history of his beloved team. “My objective in buying the Patriots is to help bring a championship to New England,” he said.

Aided by the considerable talents of legendary quarterback Tom Brady, the Patriots went on win the Super Bowl six times, tying with the Pittsburgh Steelers for the most career championships in NFL history. The team also made 10 of its record 11 Super Bowl appearances and secured 11 American Football Conference (AFC) titles, 19 AFC division titles, 22 playoff seasons, and 341 wins. Overall, under Robert Kraft’s leadership, the Patriots achieved the highest winning percentage not only in football but in the entire world of professional sports.

Now, Robert Kraft has achieved yet another significant milestone with the Patriots. On September 18, 2022, he celebrated his 500th game as the team’s owner. By chance, this game pitted the Patriots against the NFL’s other top career Super Bowl winner, the Pittsburgh Steelers. Even better for Kraft, the Patriots defeated the Steelers by a score of 17 to 14.

During the postgame celebration, Patriots coach Bill Belichick noted that Robert Kraft has led the team to numerous key games in Pittsburgh. As he handed the game ball to Kraft in the Patriots locker room, Belichick broke into a grin and pulled the owner close for a hug.  “I think it’s fitting that this one comes on Mr. Kraft’s 500th,” he said.

The Patriot players echoed the enthusiasm of their coach. “What incredible honor to be a part of such a special game,” said Patriots running back Damien Harris. “Not only for our history as a team, but the history of the league as well. RKK has been an incredible pillar of success within the community and within our organization for his leadership, the way he gives back, the inspiration that he gives others — everything that he does, not only for our football team and our organization but for the community and the fans as well. It’s obviously a huge milestone and congrats to him.”

Rookie defensive tackle Sam Roberts called Kraft’s 500th game an incredible accomplishment and commented on just how much the owner has meant to him as a player. “He comes in and talks to the team,” said Roberts. “You see he loves us, and this is what he loves to do. Being a fan of him and now playing for him, it’s kind of crazy.”

But perhaps no player knows Robert Kraft better than longtime special teams captain Matthew Slater. Now in his 15th NFL season, the 36-year-old has been with the Patriots longer than any of his teammates. Although he can scarcely believe that the Patriots have played 500 games in the Kraft era, Slater knows that this is just the tip of the iceberg when it comes to Kraft’s massive influence.

“When I think about Mr. Kraft, his legacy goes well beyond just here in Foxborough,” said Slater. “I think it extends throughout the NFL. Just what he’s done for this league, the career he’s had as an owner, and what he’s been able to accomplish with this organization. Really, it’s just another notch in the belt for him. Congratulations to him. But 500, that’s a lot of football games. He’s very invested in people. I haven’t played for any other owner, obviously, but just the intentionality with which he tries to connect with his players really says a lot. We know we have an owner that cares about the people here and wants to provide an environment where winning on the field is important but winning off the field and winning in the community — things like that are just as important.”

After the Patriot players demanded a speech from Robert Kraft, the vibrant 81-year-old shared a few choice words with an emphasis on teamwork. “Thank you all,” he said. “Our family has a chance — I speak for [Kraft’s son, Patriots president] Jonathan here as well — we have a chance to be in a number of different businesses. There’s no business like the NFL. We bring the community together, and we play like a team. No one can do it on their own.”

What Is an Annuity and How Does It Work? 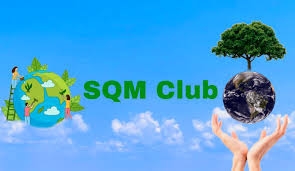 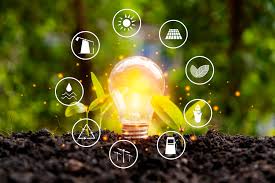